We drove up the world-famous Sea-to-Sky Highway to put on a special show for the fine folks at Arbonne.

After a few songs from the host-vocalist Robert Downey Goulet Jr., things started to get a little crazy as the special requests poured in. Journey? Check! AC/DC? Double-check!! Amy Winehouse, ABBA, Benatar…. it feels like we put on a music history show!

The ladies (and three lucky gentlemen) from Arbonne sure know how to have a good time, and that’s what we’re ALL about!

This Friday, we took our show to the peak of Whistler for one crazy party with the ‘Mozillians’ of Firefox fame… turns out these folks REALLY know how to throw down! It all happened at the Roundhouse Lodge at the top of the Whistler Village gondola. 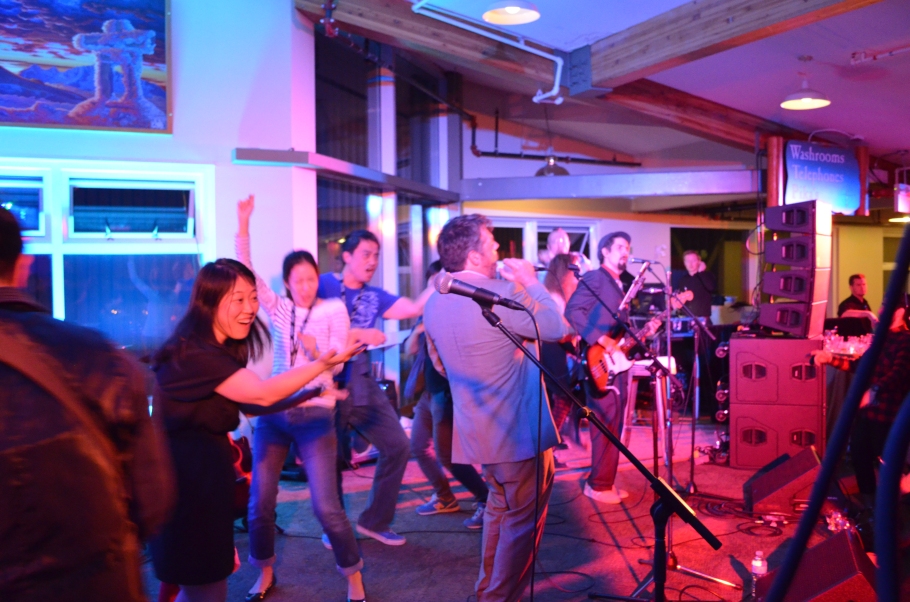 We hit the stage at 10:30pm with a searing rendition of “Whole Lotta Love” to get the juices flowing. Host Joel Flynn aka Dr. Robert Downie Goulet finished his introductory mini-set with “For Those About To Rock”, calling on all Mozillians to answer his “Fire!!” with “Fox!!”. As crowd participation simmered to a boil, we welcomed our first guests onto the stage and into their very own Rock’n’Roll fantasy!!

Some of the highlights included two separate Beatles mini-sets, rowdy gang performances of “No Rest For The Wicked” and “Uptown Funk” and the ultimate “Smells Like Teen Spirit” send-off by the host.

Special thanks to Paul Filinson of Integral Management for putting on such a dynamic event, catering to over 1200 people and even providing ‘rockstar’ hospitality for the band. We are also grateful to the technical wizardry of Freman Audio for the dazzling sound system and personnel.

Above all, thank you Mozilla for being one of, if not THE greatest crowd we have ever experienced. We surely hope to rock you again!!